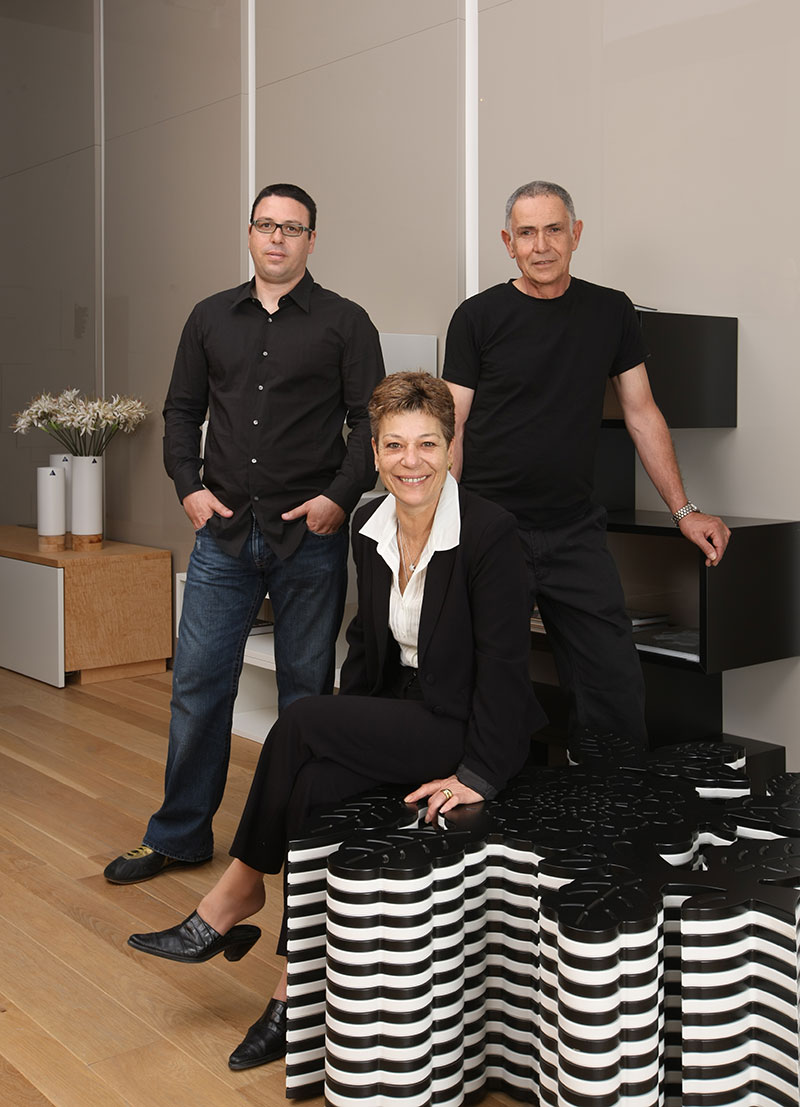 From Farouk’s Palace To The Present.

It began with the palace of Farouk, king of Iraq, in the 1920’s. Shabtai Mistriel, who immigrated to Israel in the early 20’s, became work manager of the Krinitzi carpentry (Krinitzi later became mayor of Ramat Gan). Together, they designed and built the furniture for the luxurious palace of the king of Iraq.

In 1939, Shabtai Mistriel established the Mistriel carpentry and became a renowned master craftsman in his field.

Three Generations Of Master Carpenters And The Finest Architectural Design

In time, Shabtai was joined by two of his sons, who inherited his talent and continued his unique path – carpentry of uncompromising quality – in materials, production methods and finish. Eventually, Benny’s son Shay joined the family business. The Mistriel carpentry slowly became the workshop preferred by many of the finest architects, for carrying out a variety of work for private homes, lucrative offices, restaurants and museums and by all those who cherish quality and design.

The vision: only high-class furniture. Only selected materials. Just a meticulous finish.

Mistriel is renowned for its traditional treatment of wood as well as an extraordinary ability to incorporate a range of sophisticated high-quality materials appropriated from other industries. One look, one touch, a piece of furniture once used, is enough to experience a rare level of quality materials, impeccable craftsmanship and unique production process, specifically adapted to the requirements of each product.

Most of Mistriel’s products are the work of more than one master craftsman.

Virtually each product is the combined effort of a number of professional craftsmen. Most products are made while incorporating work techniques from the field of furniture-making itself as well as those borrowed from a range of fields, including ceramics, machinery and plastics. Mistriel also has a unique approach to choosing materials and a distinctive ability to work with a variety of materials, reaching an exceptionally high level of finish and precision.

Traditional treatment of wood, attention to the finest details, use of various production techniques to bring each item to perfection… avoiding unnecessary cutting and the use of nails and staples. At Mistriel, we call this “creating a direct connection between the artisan and the material.” It not only looks good. It feels good too. A sense of intimacy pervades each piece.

To meet the challenge of planning and design. To remain flexible and adapt furniture to the physical demands of the environment, the existing space. To be responsive to any demand of style, period and fashion. As material artisans, our craftsmanship and the language of our work transcends restriction to any particular area of the client’s living space.

Use of vibrant, radiant and durable colors from the automobile industry is combined with an exciting integration of various elements for a distinctive look. Integrating lighting, sound and audio systems, sophisticated opening and closing devices, combining a high level of human engineering and ergonomics in the design of furniture – our offerings are as broad as the imagination. These are the elements that create that “certain something” that places Mistriel apart from anything you have ever seen before.

This is what you will find at Mistriel… and this is what we do best. Since 1939.